Become a contributor and register to submit your story!
No Result
View All Result

No Result
View All Result

No Result
View All Result
Home Breastfeeding And... Showbiz

Ashley Graham appeared on Instagram this weekend to share new life outtakes with her newborn twins Malachi and Roman.

First the model, 34, used the photo-sharing app’s Stories feature to post a video snippet of her pumping breastmilk with a machine.

Ashley also shared a selfie as one of her sons rested on her shoulder, and then another clip of the two breastfeeding. 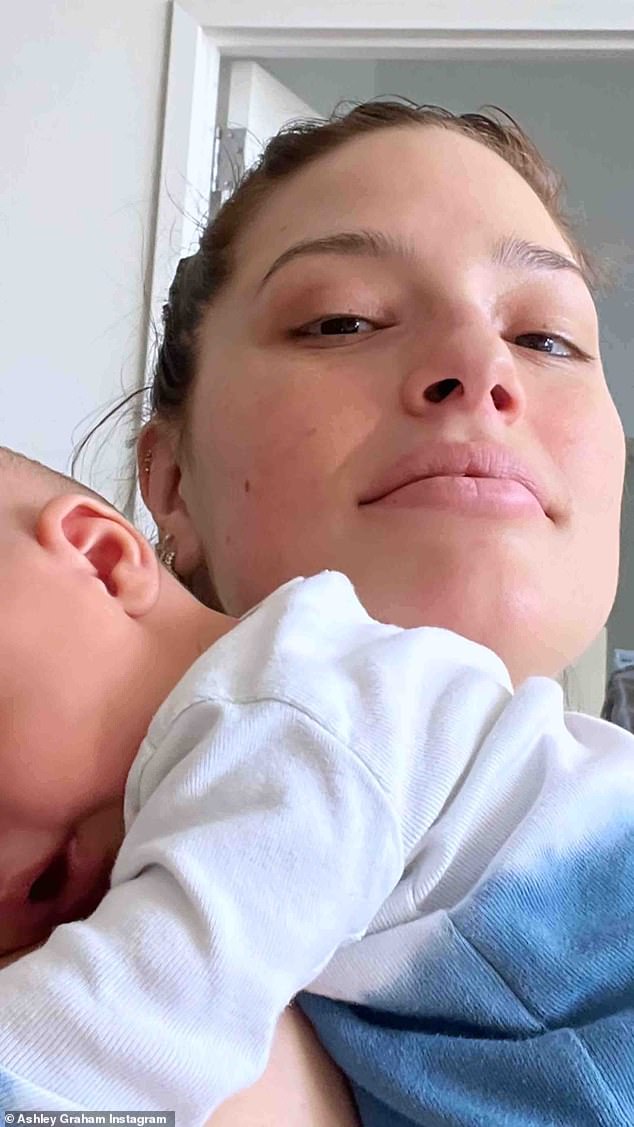 It was filmed from her chest down, showing the contraption attached to a black bra as two bottles filled with milk.

The gentle whirring of the machine was audible in the clip as the runway beauty sat patiently.

In the second piece of content Graham showed off a fresh face as she held one of the babies.

Her weeks-old son, who she shares with husband Justin Ervin, was dressed in an ombre white and blue shirt.

The tiny boy’s face was out of frame, but his mouth made the picture, resting agape on his mom’s shoulder.

The podcaster pulled her dark hair back and wore multiple small earrings in her ears.

In a third post Ashley smiled as she took a snapshot of both of the boys simultaneously enjoying a feeding. 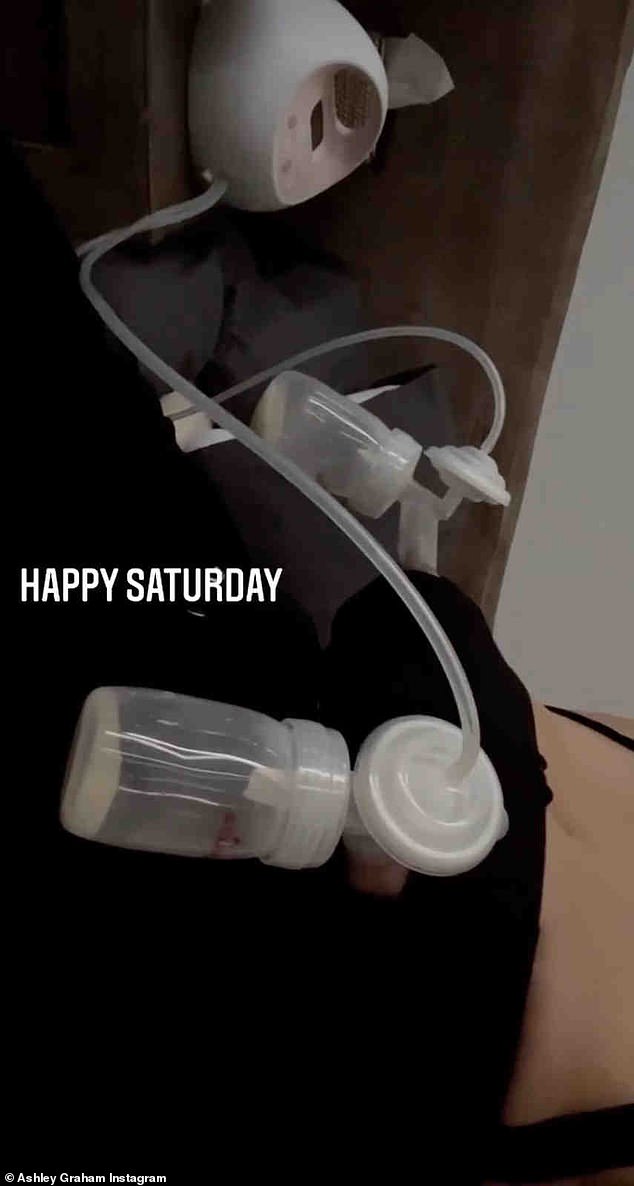 Once again, her full face was cropped out of the image but the lower half of her visage was visible.

The body positivity advocate’s blue bra straps were on display as her two small children partially showed in the photo.

They were dressed in blue as well, with their diminutive fists showing as they rested on their mom’s chest.

Earlier this week Mrs. Ervin took to Instagram to reminisce on the final days of her pregnancy.

‘Can’t believe this was just 6 weeks ago!’ she wrote in astonishment on a photo of her exposing her ready-to-pop pregnant belly from a side view. 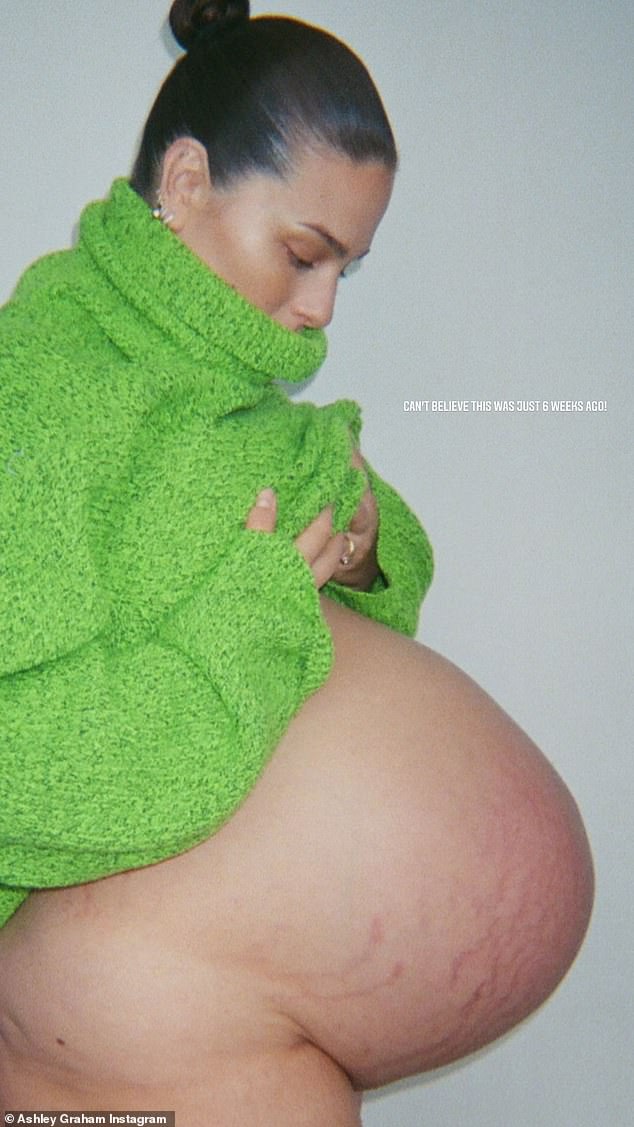 She was dressed in nothing but a lime green turtleneck sweater as she showed off her sizable baby bump.

The mom-of-three looked down in amazement at her body while sporting a sleek bun and minimal makeup.

The model announced her pregnancy in July and revealed in September that she was expecting twin boys.

This article was first published here. You can read the original article here.

“As I lay in intensive care recovering from severe sepsis, I was determined to continue breastfeeding”

Breastfeeding tattoos you need to see to believe

Sign up today for the latest breastfeeding information & inspiration.

Let’s talk about Sex and Breastfeeding

8 celebrity breastfeeding moments that broke the internet in 2022

Weaning a nursing child from the breast or chest

Are you sure want to cancel subscription?